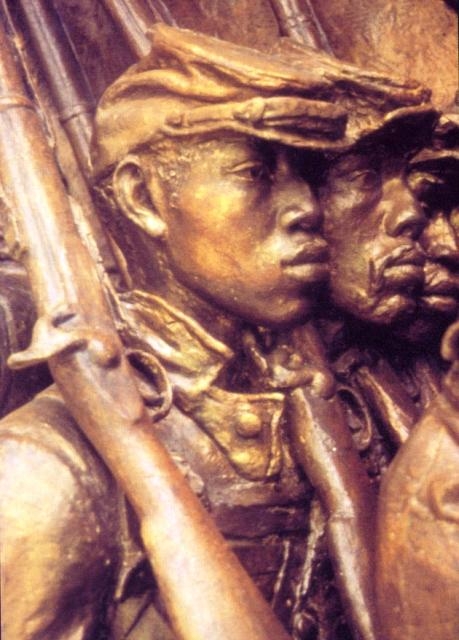 1873: Reconstruction-era Ohio: A reporter interviews Madison Hemings, a descendant of Thomas Jefferson and Sally Hemings, telling their story. 1784–89: Leading up to the French Revolution, Jefferson is the U.S. ambassador to France, whose intellectuals, such as American Revolutionary War veteran Lafayette, join the revolt of the Third Estate, hoping to follow the American example. Jefferson helps them compose the Declaration of the Rights of Man and Citizen, discussing his frustration at the American failure to abolish slavery. Jefferson begins a relationship and fathers a child with his slave Sally Hemings, sister of his deceased wife, promising to free her and her children.

"He has waged cruel war against human nature itself, violating its most sacred rights of life and liberty in the persons of a distant people who never offended him, captivating & carrying them into slavery in another hemisphere or to incur miserable death in their transportation thither. This piratical warfare, the opprobrium of infidel powers, is the warfare of the Christian King of Great Britain. Determined to keep open a market where Men should be bought and sold, he has prostituted his negative for suppressing every legislative attempt to prohibit or restrain this execrable commerce."
- Thomas Jefferson, original draft of the Declaration of Independence (1776)

"I do not permit myself to take part in any new enterprises, even for bettering the condition of man, not even in the great one which is the subject of your letter [the abolition of slavery], and which has been thro' life that of my greatest anxieties. the march of events has not been such as to render it’s completion practicable within the limits of time alloted to me; and I leave it's accomplishment as the work of another generation. and I am cheared when I see that on which it is devolved, taking it up with so much good will, and such mind engaged in it’s encoragement. the abolition of the evil is not impossible: it ought never therefore to be despaired of. every plan should be adopted, every experiment tried, which may do something towards the ultimate object. that which you propose is well worthy of tryal. it has succeeded with certain portions of our white brethren, under the care of a [Christian communist George] Rapp and an [Utopian Socialist Robert] Owen; and why may it not succeed with the man of colour?"
- Jefferson, letter to Frances Wright (1822)

1863: After the Union victory at Antietam, Lincoln orders the Emancipation Proclamation. Robert Gould Shaw, the son of an influential Abolitionist, is promoted to Colonel and given command of the 54th Massachusetts Volunteer Infantry, the first all-black regiment of Union soldiers, organized by Frederick Douglass.
Directed by Edward Zwick. Starring Matthew Broderick, Denzel Washington, Morgan Freeman, and Cary Elwes. Music by James Horner.

Glory is based on the letters of Robert Gould Shaw, son of New England Abolitionists, chosen to lead the first black regiment in the Union Army during the U.S. Civil War. After the 1960s, revisionist historiography questioned the nature of the Civil War in the fight to overcome slavery. Post-Reconstruction anti-black racism seemed to belie the struggle for social equality and freedom exemplified by Abolitionism, but, as Robert Lowell wrote in his poem "For the Union Dead" during the Civil Rights era, this history continued to demand redemption.

"While the workingmen, the true political powers of the North, allowed slavery to defile their own republic, while before the Negro, mastered and sold without his concurrence, they boasted it the highest prerogative of the white-skinned laborer to sell himself and choose his own master, they were unable to attain the true freedom of labor, or to support their European brethren in their struggle for emancipation; but this barrier to progress has been swept off by the red sea of civil war.

The workingmen of Europe feel sure that, as the American War of Independence initiated a new era of ascendancy for the middle class, so the American Antislavery War will do for the working classes. They consider it an earnest of the epoch to come that it fell to the lot of Abraham Lincoln, the single-minded son of the working class, to lead his country through the matchless struggle for the rescue of an enchained race and the reconstruction of a social world." 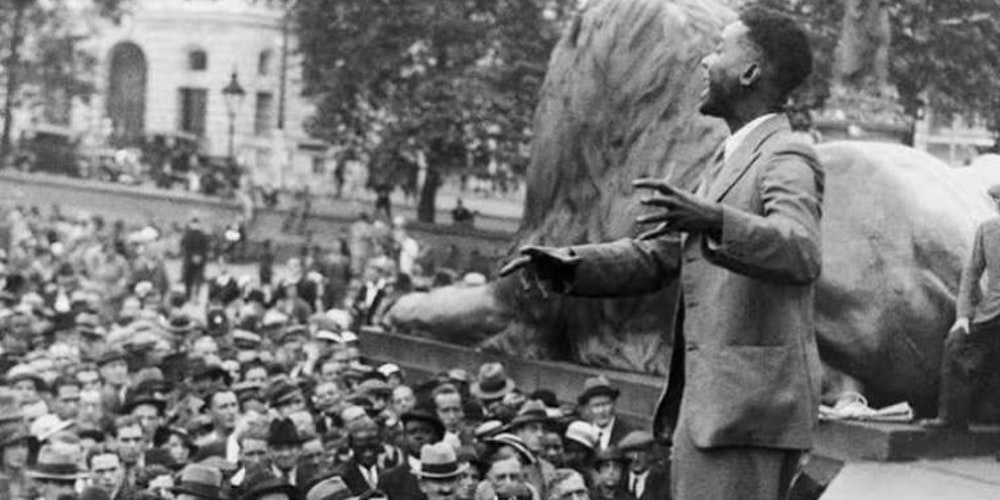 Every Cook Can Govern: The life and impact of CLR James (2016)

The ideas and works of Trinidad-born revolutionary and writer C.L.R. James come to life as exclusive never-before-seen footage of the man himself is interwoven with testimony from those who knew him along with leading scholars providing astute contextual and political analysis of his life and works. The result is a historical tour-de-force which grapples with James’ thoughts on culture, cricket and society and above all his politics, in particular his outspoken opposition to: colonialism, abolitionist myths, the Second World War and Marxism and his belief in the capacity of us all to change the world.

Having been trained from scratch by WORLDwrite and its Citizen TV station WORLDbytes to shoot, research and present, over 200 volunteers have been the backbone of this world-first production which, crowd-featured and crowd-filmed, does credit to James’ conviction that every cook can govern.

"This independent Negro movement is able to intervene with terrific force upon the general social and political life of the nation, despite the fact that it is waged under the banner of democratic rights ... [and] is able to exercise a powerful influence upon the revolutionary proletariat, that it has got a great contribution to make to the development of the proletariat in the United States, and that it is in itself a constituent part of the struggle for socialism."

— C.L.R. James, "The Revolutionary Answer to the Negro Problem in the United States" (1948) 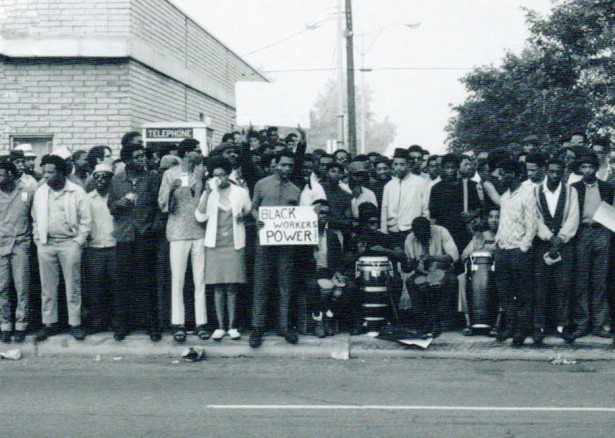 This documentary offers black workers views of working conditions inside Detroit’s auto factories, focusing on the League of Revolutionary Black Workers and their efforts to build an independent black labor organization. Beginning with a historical montage, from the early days of slavery through the subsequent growth and organization of the working class, the film examines the crucial role of the black worker in the American economy.

"When one approaches the League one must look at the whole phenomenon it represented and one must also put oneself in the period in which it appeared. One can look at some of the nationalist ideas promoted by the League or look at some of its various extravagant scheme-mongering or look at the character of some of its leaders and tend to write off the whole thing as a bad phenomenon. But it is important to remember that the League wasn't just a handful of careerist elements. The League wasn't just John Watson or Ken Cockrel and Mike Hamlin. It in fact represented an objective phenomenon which was progressive. The League of Revolutionary Black Workers represented an objective mass trend among militant black workers at that time. Thus when we are talking about the Marxist-Leninist approach to the League we are talking about how to approach this objective trend.

Of course Marxist-Leninists would not set out to organize separate black workers organizations in the workplaces. But when one is talking about the League one is not talking about something that the Marxist-Leninists set out to do as part of their plans and programs; rather it is a question of what do you do faced with something thrown up by the spontaneous movement? What do you do when faced with a trend of fighting black workers that comes up on its own? Under the current conditions in the working class movement, it does happen that black workers at times feel that the fight against racism is their own struggle and that white workers will not take up such a fight. And if the black workers organize under such conditions and with such sentiments, one cannot go and tell the black workers: no, you shouldn't organize to fight until you are convinced that workers of all nationalities can be mobilized into this fight. No, one must find ways to get close to these workers and find ways to bring them to class conscious and really revolutionary positions.

-- Speech on the LRBW, 2nd National Conference of the Marxist-Leninist Party, USA (1984)