You are here: The Platypus Affiliated Society/Archive for category SVA Upcoming Events

May Day was great! We talked to a TON of people, marched with friends and comrades all the way from Union Square down to Liberty Plaza for International Workers' Day -- ran into David Graeber, Todd Gitlin, and many others! We made a lot of contacts, distributed the latest issue of The Platypus Review and invited everyone to our MAY 2: The Day After event. More pictures will be up soon! 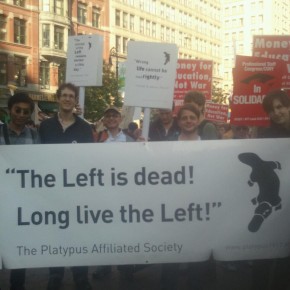 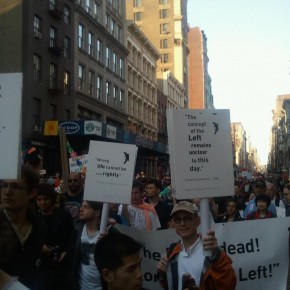 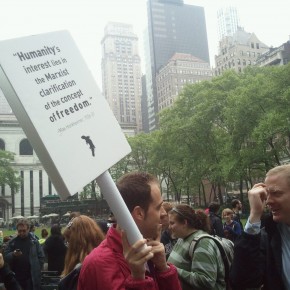 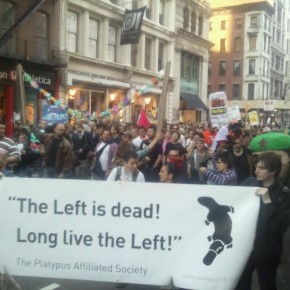 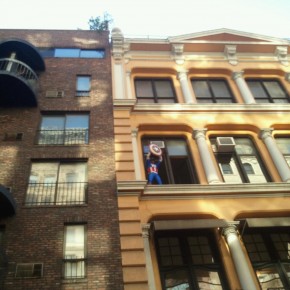 Just because we couldn’t help ourselves…

MAY 2: The Day After

WHAT IS THE #OCCUPY MOVEMENT? pt. 3
Platypus at NYU presents a roundtable discussion on the MAY 1st General Strike.

Since November of 2011, and with the help of working groups and organizers of OWS,  Platypus has been hosting a series of roundtable discussions reflecting on the obstacles and possibilities, political content, and potential future of the #Occupy movement. These have taken place in New York, Chicago, Boston, Halifax (Canada), London (UK). We welcome any and all who would like to be a part of this project of self-education and potential rebuilding of the Left to join us in advancing this critical moment.

On Monday, May 7th, Richard Wolin, distinguished Professor of History at the City University of New York Graduate Center, sat down with us to discuss his recent book The Wind from the East: French Intellectuals, the Cultural Revolution, and the Legacy of the 1960s.

<span class="Apple-style-span" style="font-size: 12px;">Platypus in New York will be giving a series of talks on<em> The Relevance of Marxism Today</em> at Occupy Wall st., look out for the banner and come join us for discussion.</span><a 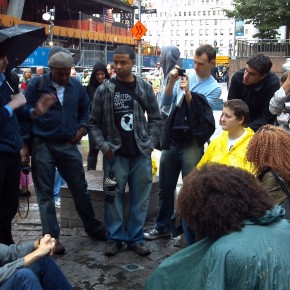 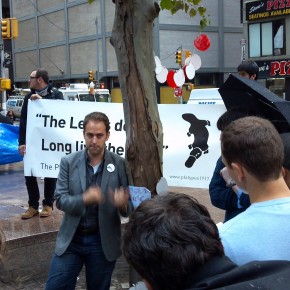 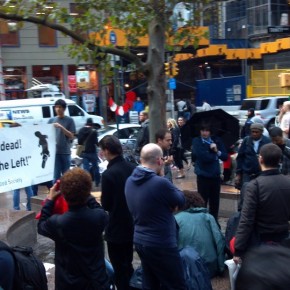 The Contemporary German and American Lefts: A Transatlantic Dialogue

On wednesday 9/14 Platypus hosted a  dialogue with Sebastian Fraenkle, editor of the influential German left journal Phase II revolving around what does contemporary landscape of left politics look like in Germany and the United States? What are the points of convergence and departure that shape left politics in these two countries? What might we learn from one another? This conversation will touch on  the legacy of 9-11, the Anti-Deutsch milieu, popular anticapitalism versus value critique, the relative prominence of the Marxist and anarchist traditions, and the contentious differences in orientation towards the Israel-Palestine conflict, among other themes.