Engels at 200: The Housing Question revisited; Tenants' organising in the 2020s 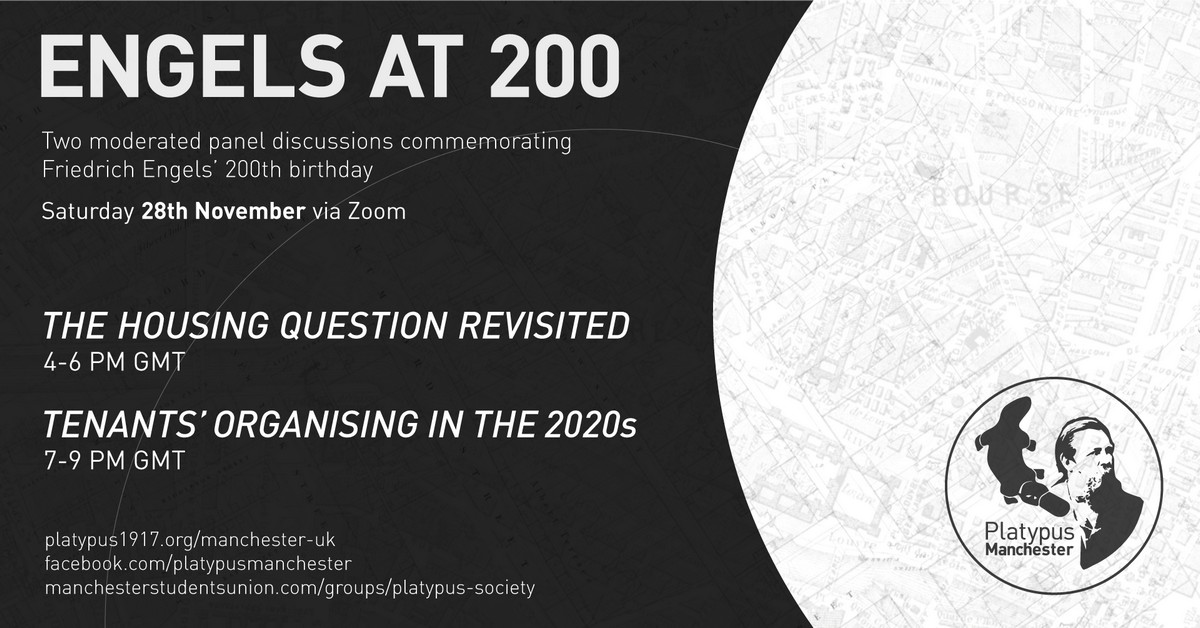 Friedrich Engels’ ‘The Condition of the Working Class in England’ documented the impoverished condition of urban housing and of working-class life in Manchester in 1844, a moment of rapid industrialisation and urbanisation. Following these observations and many more, Engels in 1872 wrote ‘The Housing Question’, a polemic directed at both anarchists and liberal social reformism. In the critique of social reformist urban planning approaches to working class housing, Engels understood the slum clearance schemes of his time as simply a geographical displacement of the problem of capitalism.

Like the 1840s, recent decades have seen economic recession, political turmoil and huge increases in the value of land and rent. It also appears that there is a return to the tenure split of the 19th Century, when private renting was the dominant form of tenure.

The critique of housing and urbanisation expresses contradictions inherent to capitalism. On the occasion of Engels’ 200th birthday, we ask:

In recent years, housing has again returned to become a focus for organising, and several new efforts at organising tenants have emerged on the Left. This comes at a moment of failure for Corbynism and neo-social-democratic politics. It appears that this may be a transitional moment for the Left, implicating a shift in political strategy away from a policy orientation, and towards community organising. Furthermore, the pandemic response has foregrounded the importance of adequate housing and has heightened attempts to build solidarity at the grassroots level.

At this moment of resurgent tenants’ organising, this panel discussion asks: