ONCE ACCLAIMED BY FIGURES as diverse as Eugene O’Neill, Henry Miller, and A. Philip Randolph, but later forgotten, the West Indian radical Hubert Henry Harrison is enjoying renewed prominence as a result of Jeffrey B. Perry’s recent biography, Hubert Harrison: The Voice of Harlem Radicalism, 1883–1918, the first of two projected volumes. Perry’s achievement in resuscitating his long-forgotten subject should not be understated, for Harrison’s significance has been largely overlooked. For example, Harold Cruse’s The Crisis of the Negro Intellectual deals extensively with the radical West Indian Harlem milieu but mentions Harrison only briefly. Perry’s research, using many untapped primary sources including Harrison’s private diary, will likely remain definitive for a long time to come, at least as regards the man himself, from his reading habits and sexual conquests to his uncompromising radicalism. 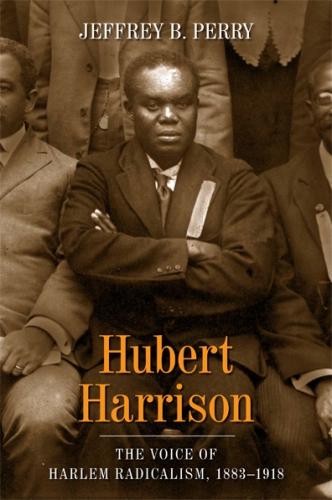 Harrison’s life story is compelling. He immigrated to New York City as a teenager in 1900, and quickly became engaged with American intellectual life. Working at the post office and reading voraciously, he used his knowledge of Huxley and Darwin to reprove the racism of The New York Times in several precocious letters to the editor. Later, his criticism of Booker T. Washington led to his dismissal from the post office. Perry ably evokes the fecund intellectual milieu of lay historians and church lyceums through which Harrison moved, finding his way from freethought to Single-Taxism to socialism.

Harrison was present and engaged at key moments of the American Left in this era. The Socialist Party, which he joined during its brief period of growing electoral strength, already faced portentous dissension. Harrison, impressed by interracial unions in the Industrial Workers of the World (IWW), sympathized with the party’s left-wing. He was briefly an editor at The Masses and a featured speaker during the 1913 Paterson strike. Alienated by the IWW’s expulsion from the Socialist Party, Harrison’s distance from the party only increased after its 1912 convention endorsed the racist policies of the socialist right wing, including inaction against segregated unions and anti-Chinese immigrant resolutions. After leaving the Socialist Party, he continued to criticize pro-war black leaders like W. E. B. DuBois, positioning himself as the spokesman of a new race radicalism, which was influenced by socialist critiques of imperialism and capitalism but aloof from existing parties.

Perry’s main purpose in the book is to record and celebrate the life of this neglected figure. He succeeds in this narrow task, but neglects extensive critical or theoretical engagement, except for frequent, somewhat awkward references to Perry’s mentor Theodore W. Allen. Allen, an independent Marxist scholar, wrote about the interrelation of racism and capitalist rule in the United States, but from the quotations in Perry’s text it is not clear what his unique contributions were or how his thinking illuminates Harrison’s experience. In places, especially his introduction, Perry’s enthusiasm for catholicity leads to obfuscatory categories like the “Black Liberation Movement.” He sees Harrison as evidence of an underlying “ideological unity” binding together two very different movements. Perry traces both the conservative black nationalism of Malcolm X and the integrationist social democracy of Martin Luther King, Jr., back to Marcus Garvey and A. Philip Randolph, respectively. Both of these antecedent figures were themselves influenced by Harrison. Perry criticizes Garvey and Randolph, but mostly as a reflection of his personal investment in his biographical subject. Perry’s attempts at analysis consist of little more than reports and ratifications of Harrison’s views. Perry’s compulsive, unexamined use of categories like “race-conscious” and “class-conscious” reduces them to mere talismans. For Perry, the two act as binaries: one is either conscious of one’s racial or class position or one is not. This destroys nuance, and makes for repetitive prose: in one ten-page stretch, Harrison’s project is labeled “militant, race-conscious” four times (322–332).

Perry ends his introduction by endorsing a quote from one of Harrison’s contemporaries: “His biography…[cannot be written] unless it be culled from the influence his teachings had upon the lives of others” (18). This is one kind of history, which might make for interesting reading and warm feelings, but what is missing is a sense of tragedy. Another kind of history, less suited perhaps to the ideology of “hope,” would focus on the influence Harrison did not have, or would acknowledge that the divisions that followed his death cannot be yoked together as expressions of the same laudable impulse simply because they share a common influence.

The comparison should not be overstated, but like Rosa Luxemburg and Vladimir Lenin, Harrison was a radical who chafed at the constrictions of a Second International socialist party with deeply conservative instincts. Opposing the quietist determinism of socialists who saw their victory as ordained by inexorable historical laws, Harrison held views that Perry describes as “neither blindly dogmatic nor rigidly mechanical” (197). In his writings against such limiting applications of Marxist doxa, Harrison showed a deep belief in the importance of human agency. Likewise, against cautious leaders like Victor Berger and Morris Hillquit, Harrison described socialism as “not a matter of reform but a matter of revolution.” 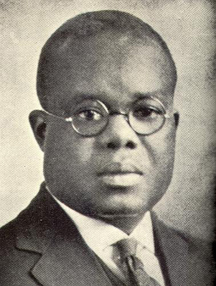 Unlike his European counterparts, though, Harrison was finally alienated from Second International socialism by the American issue of racism. Paid less than white organizers and limited in his public advocacy, Harrison ascribed his treatment to racism within the party and broke with it. The organized Left had conspicuously put class before race equality, so Harrison organized a countervailing “Race First” movement. This meant, first of all, building autonomous black institutions; Harrison would not accept any white funding for his newspaper The Voice. Without accommodating himself to capitalism or imperialism, he espoused independence from all existing political parties, so that blacks could use their votes in blocs for whichever party would give them the most. To his old comrades, this would have sounded like opportunistic nationalism, but in the absence of viable white efforts to stop such flagrant atrocities as lynching, Harrison was ready to set such concerns aside. Polemicizing against black socialists, Harrison wrote that “the roots of Class-consciousness inhere in a temporary economic order; whereas the roots of Race-consciousness must of necessity survive any and all changes in the economic order.”[1] Though it is easy to understand Harrison’s impulses in their context, today anti-black racism is a fading force in American society, while capitalism seems invulnerable.

This retreat was a tragedy. Harrison would never lend his talents to an organized left-wing party during the seminal years after 1917. Sadly telling is his modest response to the Russian Revolution: lauding the revolution’s emancipation of the Jews and demanding similar treatment for blacks. Harrison was nuanced in his politics, rejecting Garveyite notions of a return to Africa while continuing to seek temporary alliances with socialists; however, his “Race First” organizing foreshadowed the demagogues of the coming decades. The political fruits of Harrison’s organizing were eventually appropriated not by the Left, but by Marcus Garvey. A contemporary wrote, “It may be truly said that he was the forerunner of Garvey and contributed largely to the success of the latter by preparing the minds of Negroes through his lectures, thereby molding and developing a new temper among Negroes which undoubtedly made the task of the Jamaican much easier than it otherwise would have been” (338).

By refusing to struggle for equal rights for American blacks, the Socialist Party left black radicals like Hubert Harrison to a lonely fight. Rather than confront the reality of racism in and through a struggle for freedom, they opposed class to race. This abdication not only alienated blacks, it crippled the struggle to extend democracy into the economic sphere. Without a revolutionary consciousness on the part of blacks, whom Harrison called “the most thoroughly exploited of the American proletariat” (181), none of the myriad visions of socialism could have come into being. Harrison’s experience with the Socialist Party is one example of the political defeats that led to a fatal separation of the racial and class questions on the American Left. The nationalist sentiment these events provoked was transmitted and debased from Garvey to Malcolm X to Black Power, and ensured that decades of radical energy and consciousness would be allocated to racialist struggles instead of the radical anti-capitalist internationalism that Harrison hoped the Socialist Party might represent. Works like Perry’s, which celebrate notable figures for their achievements, are valuable but incomplete. No matter how impressive figures like Hubert Harrison seem, given the inefficacy of movements against capitalism following his death, his story ultimately becomes discouraging. |P

Look where we are: An interview with Steve Roberts
Traces of different colors: An interview with Peter E. Gordon
The destiny of civilization: An interview with Michael Hudson
Marxism and liberalism
Perpetual motion machines: A response to Canel, Duhalde, and Horras
Anti-fascism in the Philippines: Back to the 1980s
Revolutionary righteousness: A review of Doug Greene’s A Failure of Vision: Michael Harrington and the Limits of Democratic Socialism
A Marxist history of the philosophical perspective: An answer to Alan Woods’s The History of Philosophy: A Marxist Perspective
Chapters
The Platypus Affiliated Society
The Platypus Affiliated Society, established in December 2006, organizes reading groups, public fora, research and journalism focused on problems and tasks inherited from the “Old” (1920s-30s), “New” (1960s-70s) and post-political (1980s-90s) Left for the possibilities of emancipatory politics today.
Founding Documents