You are here: The Platypus Affiliated Society/Archive for category London

Please join Platypus for a brief introduction to and discussion about the relevance of Lenin today, in anticipation of our Winter-Spring 2012 primary Marxist reading group, on the history of revolutionary Marxism, centered on the writings of Lenin, Luxemburg, Trotsky, and Adorno.

The Encyclopedia Britannica's entry on Lenin states that,

"If the Bolshevik Revolution is -- as some people have called it -- the most significant political event of the 20th century, then Lenin must for good or ill be considered the century's most significant political leader. Not only in the scholarly circles of the former Soviet Union, but even among many non-Communist scholars, he has been regarded as both the greatest revolutionary leader and revolutionary statesman in history, as well as the greatest revolutionary thinker since Marx."

Lenin is the most controversial figure in the history of Marxism, and perhaps one of the most controversial figures in all of history. As such, he is an impossible figure for sober consideration, without polemic. Nevertheless, it has become impossible, also, after Lenin, to consider Marxism without reference to him. Broadly, Marxism is divided into avowedly "Leninist" and "anti-Leninist" tendencies. In what ways was Lenin either an advance or a calamity for Marxism? But there is another way of approaching Lenin, which is as an expression of the historical crisis of Marxism. In other words, Lenin as a historical figure is unavoidably significant as manifesting a crisis of Marxism. The question is how Lenin provided the basis for advancing that crisis, how the polarization around Lenin could provide the basis for advancing the potential transformation of Marxism, in terms of resolving certain problems.

It is important to note as well that Adorno himself sought to remain, as he put it, "faithful to Marx, Engels and Lenin, while keeping up with culture at its most advanced," to which his colleague Max Horkheimer replied, simply, "Who would not subscribe to that?"

Today, such a proposition seems especially implausible, in many ways. Yet perhaps the memory of Lenin haunts us still, however obscurely.

The discussion will be broadcast live on the web. Additionally, a recording will be made available after the event.

A presentation by Platypus member Spencer Leonard on August 19th, 2011, at Communist University, which took place from August 17th to August 20th, 2011, at Goldsmiths, University of London.

Capital in History: Marxism and the Modern Philosophy of Freedom

What is progress if not the absolute elaboration of humanity’s creative dispositions . . . unmeasured by any previously established yardstick[,] an end in itself . . . the absolute movement of becoming?

[T]he ancient conception, in which man always appears (in however narrowly national, religious, or political a definition) as the aim of production, seems very much more exalted than the modern world, in which production is the aim of man and wealth the aim of production. In fact, however, when the narrow bourgeois form has been peeled away, what is wealth, if not the universality of needs,
capacities, enjoyments, productive powers etc., of individuals, produced in universal exchange? What, if not the full development of human control over the forces of nature — those of his own nature as well as those of so-called “nature"? What, if not the absolute elaboration of his creative dispositions, without any preconditions other than antecedent historical evolution which make the totality of this evolution — i.e., the evolution of all human powers as such, unmeasured by any previously established yardstick —
an end in itself? What is this, if not a situation where man does not reproduce in any determined form, but produces his totality? Where he does not seek to remain something formed by the past, but is in the absolute movement of becoming? In bourgeois political economy — and in the epoch of production to which it corresponds — this complete elaboration of what lies within man, appears as the total alienation, and the destruction of all fixed, one-sided purposes as the sacrifice of the end in itself to a wholly external compulsion. Hence in one way the childlike world of the ancients appears to be superior; and this is so, insofar as we seek for closed shape, form and established limitation. The ancients provide a narrow satisfaction, whereas the modern world leaves us unsatisfied, or, where it appears to be satisfied, with itself, is vulgar and mean. 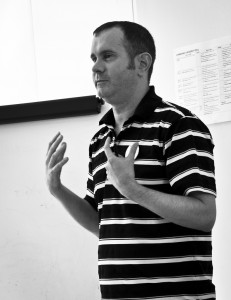 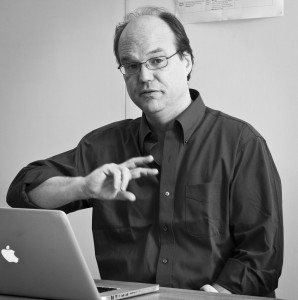 Cutrone, "Capital in history: the need for a Marxian philosophy of history of the Left" (2008)