You are here: Platypus /Archive for category UIC

Held October 4, 2018 at the University of Illinois at Chicago.

The term ‘socialism’ appears to be enjoying a resurgence of public interest - both favorably where it is self-prescribed and pejoratively where it is meant to degrade the respectability of public figures. From early 2016 at the height of Bernie Sanders's campaign for the Democratic Party nomination to Alexandria Ocasio-Cortez’s victory over Joe Crowley in June, the term ‘socialism’ appears to be gaining some level of purchase and a whole lot of press. In many instances, ‘socialism’ is commingled with terms as varied as ‘social democratic’, ‘communist’, ‘marxist’, ‘anarchist’, etc. As such, we view this is as an opportune moment to ask, “what is socialism after all?” What do public figures mean when they identify as socialists or any one of its varied strains? What do their opponents think it means? What does it mean and what can it mean? And perhaps, most important of all, what did it mean in the past?

A panel discussion hosted by The Platypus Affiliated Society at the University of Illinois at Chicago on November 6, 2017.

The First World War manifested an economic, social and political crisis of global capitalism, – “imperialism” – which sparked reflection in the mass parties of the Second International on the task of socialist politics. The revisionist dispute, the “crisis of Marxism” in which Lenin, Luxemburg and Trotsky first cut their teeth, shaped their understanding of the unfolding revolution as a necessary expression of self-contradiction within the movement for socialism. Even the most revolutionary party produced its own conservatism, hence the need for self-conscious, revolutionary leadership to avoid “tailing” the movement.

Lenin, Luxemburg and Trotsky thought that leadership adequate to the revolution of 1917 required historical consciousness. They drew upon Marx’s appraisal of the democratic revolutions of 1848, in which Marx identified the historical contradiction which had developed in bourgeois society and necessitated the dictatorship of the proletariat. The Bolsheviks maintained that a "bourgeois-democratic" revolution could spark a workers' socialist revolution in Europe, subsequently allowing for a struggle for socialism. Lenin held that political forms such as “the state” and “the party” must be transformed in and through revolution. Yet the meaning of 1917 was already contentious in 1924, as Trotsky recognized in his pamphlet, Lessons of October. Trotsky would spend the rest of his life fighting “over the heads of the leaders of the Second and Third International[s]” to maintain socialist consciousness.

Whether in the Popular Fronts of the 1930’s, the Chinese Communists in 1949, or the New Left of the 1960’s, the Left sought to understand itself – both positively and negatively – in relation to the aims and outcomes of 1917. The historical consciousness of its primary actors disintegrated into various oppositions: Lenin the Machiavellian versus Luxemburg the democratic Cassandra; socialism versus liberalism; authoritarianism versus libertarianism. Meanwhile, the futility of the politics shared by Lenin and Luxemburg has been naturalized. It is tacitly accepted that what Lenin and Luxemburg jointly aspired to achieve, if not already impossible a century ago, is certainly impossible today. The premises of the revolution itself have been cast in doubt. 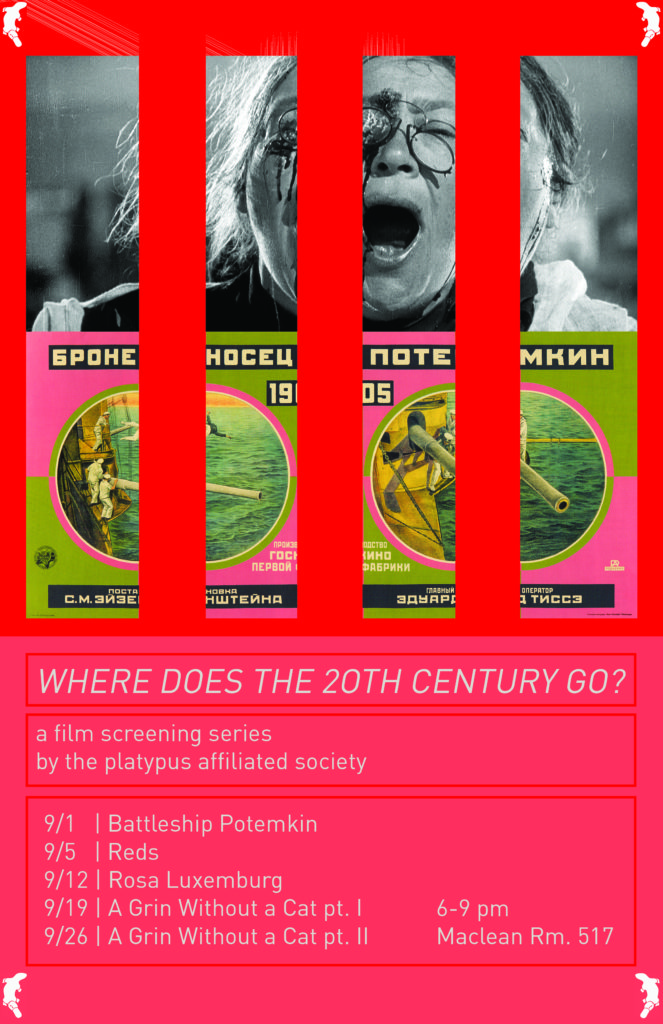 Freedom, the rallying cry of socialism, has now served for decades as the stated ideology of the upward redistribution of wealth. These past decades have seen stagnating wages and a widening income disparity—although women, LGBT people, people of color, and others who once faced legally enforced, identity-based social exclusion now appear to be more “free” than they were during the pre-neoliberal period of high Fordism. These two aspects of neoliberalism, its identitarian inclusiveness and its anti-working class agenda, appear to go hand-in-hand. Despite the dubious, partial success of the politics of the New Left, we are probably as far as ever from the goal of global socialism.

In light of this history, how can we imagine a future for the Left, especially in the Age of Trump? How could the Left move beyond organizing the expression of frustrated expectations within neoliberalism — beyond organizing the left wing of neoliberalism itself — to generate the kind of theory and practice required to politically overcome capitalism? And are we already in the process of overcoming neoliberalism in the wake of Trump’s recent political mandate for change? Has the Left become the agent of the status quo, seeking to preserve neoliberalism from uncertain changes that the Trump phenomenon implies?

Held at the University of Illinois, Chicago, on April 7, 2017 as part of the 9th annual Platypus international conference. The discussion was moderated by Reid Kotlas.

The long anticipated outcome of the 2016 US Presidential Election—the coronation of Hillary Clinton—was dramatically derailed by the twin “populist” insurgencies of Bernie Sanders and Donald Trump. Many on the Left hoped the Sanders campaign would either transform the Democratic Party, replacing the neoliberalism of the Clintons with a commitment to social democracy, or form a new left-wing party. Yet Sanders supported Clinton in the end, and the Democrats relied upon their McGovernite coalition of minorities, women, and organized labor constituencies in the general election.

Trump, on the other hand, was a challenge to the Republican status quo, breaking with Reagan coalition orthodoxies while appealing to working class voters who had supported Obama and might have supported Sanders. While Sanders appealed to the broad discontent with established political leadership and the social decline over which it presided, only Trump managed to capture the potential this presented.

Far from opposing capitalism, Sanders sought a retreat from neoliberalism into New Deal-style reforms, while Trump campaigned on a vision of capitalism beyond both Roosevelt and Reagan, proposing to lead the capitalist class for the benefit of the workers. Trump treats capitalism as a political question which, while posed at the level of the state, can only be resolved in and through civil society. Capitalism, for Trump, can solve its own problems, so long as the workers are politically represented. Trump demonstrates that capitalism remains a palpable political problem, while failing to point beyond it. The 20th century began with the crisis of Marxism, whose political task of overcoming capitalism was subsequently never realized. Is Marxism necessary, and able, to show the way forward?

Questions for the panelists: