In an interview he gave to discuss his new book, October, China Mieville observed that to his surprise, there has been comparatively little published on the centenary of the Russian Revolution. This means that public commentary and reflection on the revolution is inevitably poorer as a result, and that more expectation is piled onto those books that have come out. Unfortunately neither Mieville’s October nor Tariq Ali’s The Dilemmas of Lenin: Terrorism, War, Empire, Love, Revolution are politically or intellectually sufficient to occupy even a small part of that gaping expanse resulting from the absence of wider discussion. Although both books are certainly worth buying and reading, they both fall short in important and revealing ways.

Mieville’s book is sober and restrained by comparison to the giddy, baroque excesses for which he is known in his fictional work. In some respects, this is a shame, particularly given that he is not a professional historian, and thus has fewer disciplinary obligations or intellectual restrictions in recounting the revolution. This is not a criticism of his book—which is impressively steeped in the relevant Anglophone literature and historiographic debates—but only to note that there were some missed opportunities. To be sure, there are certain historical moments that are dramatically enlivened by Mieville’s novelistic flair and attention to detail, such as his recounting of the absurd comedy of misunderstanding and deception in a critical, three-way telegraphic exchange that took place in late August, 1917, between Alexander Kerensky, head of the Provisional Government, and the counter-revolutionary General Kornilov, in which the third part was also played by Kerensky impersonating another member of his government, General Lvov. Another such moment is when Lenin, in disguise and fleeing the agents of the Provisional Government, permits a Cossack entry into his place of hiding in the midst of a storm, only to learn that the man fleeing the downpour is himself looking for Lenin . . . with orders to take him back dead or alive. At other times, Mieville’s restraint holds back what seem to be potentially fascinating tropes that he, of all the latter-day chroniclers of the revolution, would be the best placed to explore. Consider the role of railways, not only in the revolution itself, but also in the inspiration that they imparted to Marxism and Bolshevism, which were saturated in metaphors of speed, industry and acceleration: “The revolution of 1917 is a revolution of trains,” Mieville writes, “The tsar’s wheeled palace, shunted into sidings forever; Lenin’s sealed stateless carriage; Guchkov and Shulgin’s meandering abdication express; the trains criss-crossing Russia heavy with desperate deserters; the engine stoked by ‘Konstantin Ivanov,’ Lenin in his wig, eagerly shovelling coal.” (p. 319) But Mieville cuts such musings short.

Mieville also plays upon, but never really foregrounds, the role of the extraordinary, youthful city of St. Petersburg itself in the revolution, with its vast boulevards and partitioned quarters. 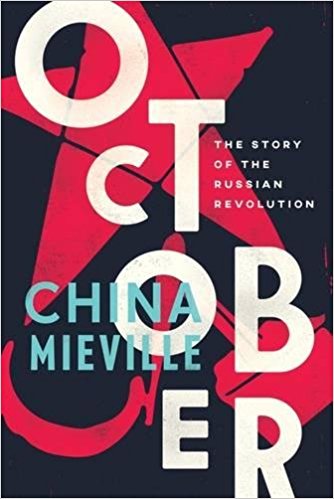 Mieville’s portrayal of the histrionic Kerensky is particularly well-etched, not least in drawing attention to the popular leadership cult that grew around this charismatic demagogue in the few short months between February and October—an ominous precursor of what was to come in Russia, and that had already begun with liberalism rather than Bolshevism.

In other instances, Mieville takes the opportunity to prune some of the legends that have grown up around certain revolutionary episodes, such as the famous speech that Lenin delivered upon his return to Russia, in which he expounded the April Theses. While the response of the Bolsheviks to the speech is often portrayed as if they were dumb-struck by Lenin’s attack on their policy of compromise with the Provisional Government, the truth was rather a cacophony of confused responses, reflecting the fact that Lenin’s speech still shattered the prevailing Bolshevik consensus like a thunderclap. Thus, while Mieville’s book is an excellent recounting of the historical sequence of events, on the whole there is little in the book that would fundamentally surprise anyone familiar with the history, and nothing that offers to fundamentally re-interpret or change the shape of the event.

Ali’s book, by contrast, is more interesting for being less disciplined and not limited to events in St. Petersburg/Petrograd itself. Instead Ali meanders through the history of Russian radicalism and the great political struggles of European socialism in the nineteenth century, right down to dutifully recounting Lenin’s somewhat prudish ideas about sexual relations after revolution. Whereas Mieville shies away from analysis of fundamental questions of revolution in favour of recounting the personalities and story, Ali draws on the historical sweep of revolutionary socialism. Ali’s historical discussion itself is often excellent, the historical points of contrast and illustration often striking and judicious precisely because they are so anachronistic. For instance, Ali’s likening of the psychological intensity of personal revolt enjoined by romantic radicals like Sergey Nechayev to modern jihadis is apt. His comparison of the nineteenth-century Tsarist state to Saudi Arabia today—with its mixture of modern, centralised state power and crushingly conservative social mores—is also striking and convincing. Ali also provides the wider European panorama for the revolution in Russia, recounting in fascinating detail for instance the sabotage of the workers’ revolt and naval mutinies in the Austro-Hungarian Empire by Social Democratic leaders—an episode which is often overlooked and reflects Vienna’s size and significance in the early twentieth century in contrast to its status today as a sleepy, provincial European city. As gay marriage is frequently taken as the zenith of progressive politics today, it is especially striking to read about the fury provoked on the revolutionary left by the Bolshevik policy of abolishing church marriages in favour of civil marriage, seen by some Soviet delegates as perpetuating bourgeois norms by continuing intolerable state intrusion into individual decision-making (pp. 269-270). 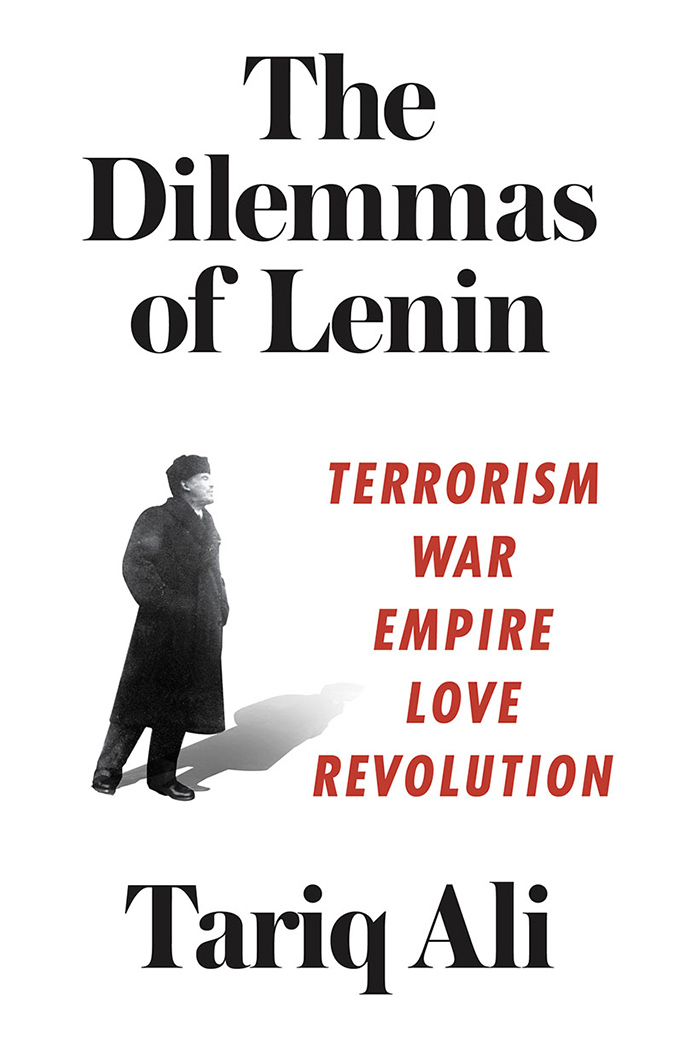 For all its intrinsic interest however, it is impossible to escape the flat, tired, and often dull feel of Ali’s discussion, not unlike the banal string of keywords that constitute the book’s sub-title, “Terrorism, War, Empire, Love, Revolution,” a list presumably designed to be chewed up by unthinking algorithmic internet searches rather than to inspire conscious readers. Much of the book often reads the same way, a dutiful rehearsing of themes and facts to introduce to the millennial left what once upon a time would have constituted, in Ali’s words, “the political and literary heritage of the broad left” (pp. 150–151). Indeed, the only time Ali’s pace really picks up is in his discussion of the Russian Civil War and the Red Army invasion of Poland. Ali is right to claim that the destiny of the revolution was determined not in the “hurrah socialism” of Red October, but in the devastation and brutality of the subsequent Russian Civil War, necessarily fought with relatively small, mobile mostly peasant armies that were constantly haemorrhaging deserters (226). Particularly striking is Trotsky’s admission, “We plundered all Russia to conquer the Whites” (ibid).

While the historical discussions of 1917 are complex, rich and varied, that on the civil war is much less so. Thus the details provided here by Ali are gripping, such as Ali’s own avid fascination with the Red Army commander Mikhail Tukhachevsky, who later pioneered the idea of paratrooper drops in the 1930s before being murdered by Stalin. Tukhachevsky was apparently inspired by the Bolshevik emphasis on transforming war into civil war: Red paratroopers to foment revolt and class struggle behind enemy lines. As interesting as this discussion of the Civil War and Red Army military innovation is, Ali’s fascination with early Soviet militaria cannot but leave the unseemly impression of a grandpa who missed his war, now belatedly looking for someone to debate with about what might have happened if Tukhachevsky’s left flank had not been exposed by an ill-judged grab for Lvov in 1920. Worse, this fascination with all things Red Army-related extends into a backhanded vindication of Stalinism, in a grouchy invective against the Western allies for failing to fight Hitler as assiduously as Uncle Joe. While historically accurate, here Ali’s Trotskyism collapses back into the old Stalinist redoubt of anti-fascism, as Ali’s pulse evidently picks up when thinking about Soviet armies racing to Berlin.

The most important fact about the revolution—its failure—is side-stepped in both books. Mieville, perforce, is focused on the year 1917 itself, while Ali stumbles into a discussion of hegemony, attributing Bolshevik failure to the lack of a political theory. Even worse, Ali suggests that Lenin’s discussion of the need for cultural development in a system of state capitalism was in fact a call for developing “hegemony”—ignoring the fact that the success of the Western left in developing hegemony over the last 50 years has produced absolutely no political advances beyond that of the Bolsheviks. All of this leaves one to wonder, what do the books ultimately offer? They seem to be intended to introduce the millennial left to Marxisant themes, and to give postmodern academics the occasion to dutifully rehearse an historic anniversary. With the possible exception of Ali’s discussion of the Russian Civil War, it is difficult to know what they contribute beyond those very same classics that Ali himself lists as once having constituted the political education of the broad left, namely the works of Leon Trotsky, Isaac Deutscher, John Reed, N.N. Sukhanov, Victor Serge, and Albert Rhys Williams.

In their confrontation with the revolution, the overarching impression from these two books is that of political hesitation, restraint, and resignation on the part of Mieville, and exhausted, reluctant duty on the part of Ali. Mieville perhaps comes closest to something more interesting in those moments when he lets his imagination stray, noting at the beginning of the book that with the revolution, time itself is quite literally out of joint, its historic dates famously bisecting the pre-modern Tsarist-Julian calendar and the modern, Bolshevik-Gregorian calendar. Via an allusion to a story by Bruno Schulz, Mieville finishes his book by picking up his interest in railway lines that rigidly enforce the direction of travel, but also, at certain switch points, branch off in different directions, carrying travellers to a distant horizon—but here the book stops. |P