What Does Climate Change?80 Years of Environmental Politics - Left and Right 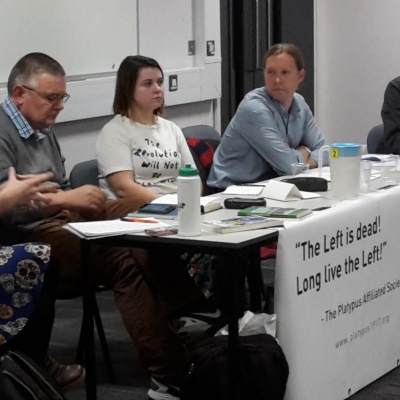 The awareness of a growing planetary climate crisis in the 1990s appeared to coincide with a change: the final collapse of the traditional forces of the Old Left (communism and social democracy) and the consolidation of what many characterize as neoliberalism. For many green thinkers and activists, the political strength of the Right in the 1990s stymied any meaningful attempt to regulate greenhouse gas (GHG) emissions. But the global reach of climate change also generated sustained international resistance, which appears unified in its opposition to fossil fuel extraction. For Klein and climate justice activists, the combined weight of this resistance could “change everything” when coupled with the “erosion” of neoliberalism’s credibility, particularly in the wake of the 2008 financial crisis, and the assessment that climate change is inextricably bound up with capitalism (i.e., that climate change cannot be regulated or solved using “greener” forms of capitalism, but would require a “system change”).

Yet amidst the proliferation of activity--from blocking pipelines, to campus fossil fuel divestment campaigns, to blockades to stop hydraulic fracking and mountaintop removal coal mining projects and protests at international climate talks--it remains unclear how climate activism might lead to something different. U.S. Democrats, for example, appear poised to benefit from discontents around inaction on climate change regulation (in spite of advancing neoliberal reforms in the 1990s under Bill Clinton). In the E.U., climate activism has taken a back seat to antiausterity, as governments responsible for the strictest austerity are largely credited with leadership in decarbonizing their economies. In fact, while an agreement overhauling the Kyoto Protocol seems increasingly likely at the Paris Conference of Parties (COP 21), the same cannot be said about the prospects for “system change.”

The focus of this panel is to consider what remains unchanged by the climate crisis. For there seems to be a continued problem of how discontents under capitalism become readily integrated into new forms of capitalism; a process whereby we unwittingly contribute to the perpetuation of capitalism without intending to. We ask panelists to consider how we might arrive at a post-carbon future from the Left (i.e., in a manner that generates greater consciousness of what capitalism is and how to potentially overcome it). What would a Left response to climate change look like? How does this differ from the Right?